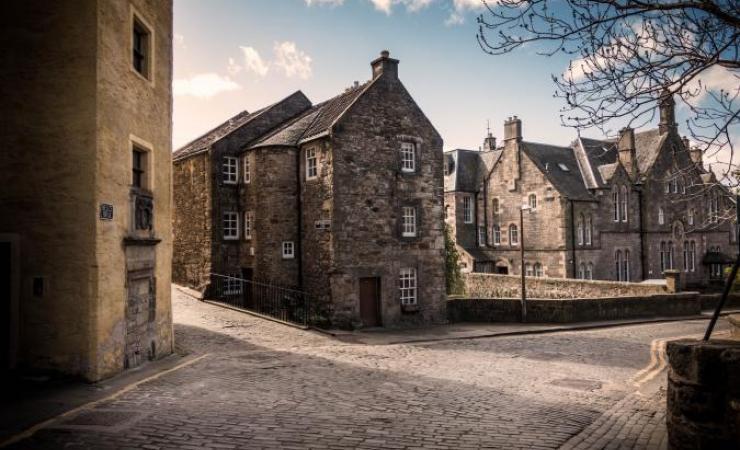 Did you grow up reading Harry Potter books and watching all the movie premieres as soon as they came out? Are you still secretly waiting for your Hogwarts letter to arrive? Then book a weekend trip to Edinburgh and immerse yourself in the magical world of Harry Potter!

Edinburgh is the ideal city for a short break. Only a little more than an hour flight from Amsterdam, the city is in easy to reach. Not only is Edinburgh filled with medieval architecture, natural volcanic formations and charming little pubs and restaurants, it is also one of the main inspirations behind J.K. Rowling's novels! A majority of her Harry Potter books were written while she was living in Edinburgh. From little coffee shops to the city's very own castle, Edinburgh helped bring the wizarding world to life.

When I visited Edinburgh a month ago, l did not realize that I was heading straight towards the Harry Potter Capital! As soon as I stepped onto the cobbled streets of the city, I instantly felt as though I had been teleported into Hogsmeade. Around every crook and alley we took, I could imagine myself walking alongside the wizards of Hogwarts, stopping by The Three Broomsticks for a fresh butter beer. Because the Harry Potter novels made up such a significant part of my childhood, visiting Edinburgh brought back many old memories.

If you are a Harry Potter fan and are curious to discover the city that laid the main groundwork for the novels, I definitely recommend you spend a few days in Edinburgh. Although you can book an official Harry Potter walking tour that will take you to all the top locations in the city, you can also discover the sites on your own. Here were some of my favorite locations to visit:

Formerly known as Nicolson's Café, Spoon is where J.K. Rowling wrote her first Harry Potter novel. The Café was ideal since it provided her with both a working environment and a way to save on home heating bills. Unlike the Elephant House, Spoon is a lot less crowded and is a charming place to stop by for a coffee and bagel. When we visited the Café, we tried some of their delicious warm bagels. It was a magical feeling sitting in the Café where J.K. Rowling once created the world of Harry Potter.

This street was by far one of the prettiest spots in the city. Lined with colorful medieval buildings, Victoria Street was absolutely breathtaking. Built between 1829 and 1834, this street truly embodies the unique architecture of the city. It is also one of the main inspirations behind Diagon Alley!! Filled with different wizarding-themed stores, including Aha Ha Ha Joke Shop and Diagon House. Victoria Street is definitely the place to visit while shopping for your upcoming year at Hogwarts.

One of my favorite places to discover, was the Greyfriar's Kirkyard. Located beside the famous Elephant House Café, the Greyfriar's kirk is a parish church of the Church of Scotland. Its churchyard, which has been in use since the 16th century, is said to have been an inspiration behind some of the character names in the Harry Potter novels. As you walk through the churchyard, you will come across tombstones with the names Thomas Riddell (Voldemort) and William McGonagall (Professor McGonagall) written on them. The churchyard has an eerie charm to it and will teleport you instantly into the wizarding world of Harry Potter.

Book Your Trip to Edinburgh and Join the Magic!

These were some of my favorite Harry Potter spots to visit...but there are many more! A weekend trip to Edinburgh will be the perfect way to wrap up your summer vacation.

Final tip: to enhance your magical experience, make sure to end the trip with a refreshing butter beer at The Dog House!